Tickets for Schonell Theatre concerts may be purchased by calling Maree Williamson on (07) 3378 2384.

Bookings can be made by visiting the club, Kitty Hawk Drive, Chermside or by calling 136100 or book online at ticketmaster.com.au

The Brisbane City Pops Orchestra is proud to present a very special concert for its final programme of  2018. Remember and Commemorate will be held on Remembrance Day as well as on the 100th anniversary of the Armistice which ended World War I. It is a programme of music composed for and/or associated with wartime and will take you on a special journey down memory lane.
We will present the famous and stirring Dam Busters, Knightsbridge March and the Light Cavalry Overture. You can sing along to our two selections – Down Memory Lane and Thanks for the Memory- which are full of very popular and well-known melodies from the war era.
You will also be entertained with the beautiful Forgotten Dreams, Yesterday and a wonderful Satchmo selection!
We are thrilled to have well-known tenor Lindsay Gaffney as a guest artist, presenting You’ll Never Walk Alone, The Impossible Dream and more.
We are also delighted to have the amazing cornet player, Paula Russell, playing the beautiful Meditation.
Please join us for this very special concert as we Remember and Commemorate an important time in history through some very beautiful and poignant music. 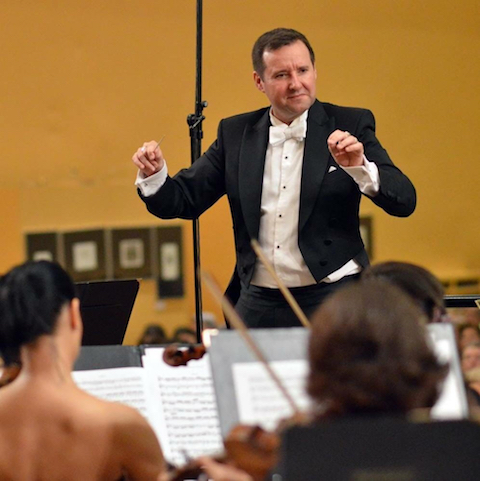 Over the last three decades Adrian has conducted numerous orchestras & ensembles, nationally & overseas, including the Janacek Philharmonic, the Dohnanyi Symphony, & the Ady Ensemble: a twenty-three piece string orchestra which he founded in 2011, that performs standard repertoire & with newly written commissions & arrangements for the ensemble. In 2016 he studied conducting with Gabor Hollerung in Budapest, Hungary, & in 2017 he travelled to the Czech Republic to study with renowned Finnish conducting pedagogue, Jorma Panula. 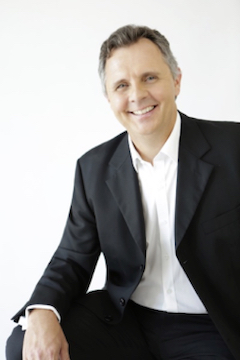 British by birth, Paula Russell has performed internationally as a cornet soloist, winning numerous accolades in both Europe and Australasia.

Before immigrating to Australia, Paula was recipient of the prestigious ‘Harry Mortimer Performance Prize’ from Salford University and the coveted ‘British Open Cornet Championships’. She was also leader of the National Youth Brass Band of Great Britain and was a member of the legendary Yorkshire Building Society Brass Band.

Since moving to Australia, Paula has held the Principal Cornet chair of both the Brisbane Excelsior Brass Band and National Australia Brass. She is a former Cornet champion of Australia, and in 2009 became both Australian & New Zealand Cornet champion, and the New Zealand solo champion of champions. Other awards include the Ern Keller International Soloist of the year, the ‘Barry Tuckwell Prize’ at the Melbourne International Festival of Brass and many more.