The Brisbane City Pops Orchestra is thrilled to invite everyone to join us for our third concert of the year, entitled “Come to the Proms.” It will be a program full of a wide variety of well- known music, from light classics to the more modern, and will have plenty to excite all music-lovers! As is tradition with the Proms, the orchestra will perform the much-loved Pomp and Circumstance, as well as the toe-tapping Radetzky March. You will also be entertained by the popular March of the Gladiators, the haunting strains of the Adagio from Spartacus and the beautiful Scottish melody, Highland Cathedral. The orchestra is also excited to present the themes from the very popular television show Downton Abbey and the action-packed film Mission Impossible. We are also delighted to present a popular original piece, Pastorale, by Ron Hanmer!

For our Kenmore concert (Saturday 10th September 2022), the BCPO is very excited to welcome back a well-known Queensland baritone, Jon Maskell, as our guest artist for this concert. Jon studied at both the Queensland Conservatorium and the University of Southern Qld. While at USQ he was awarded a scholarship to study with Robert Dean in London. Jon has been a regular performer with Opera Qld since 2010 and is kept busy with various performances in Toowoomba, where he is based.

Jon will perform some well-known favourites with the BCPO, including the Toreador Song from Carmen (Bizet), Largo al Factotum from Barber of Seville (Rossini) and I am a Pirate King from Pirates of Penzance (Gilbert and Sullivan). For something a little different, it will be exciting to hear Jon present the Anthem from the musical Chess! As can be seen, Come to the Proms promises to be a thoroughly entertaining concert, featuring amazing musicians and incredible music! Please join us for a wonderful afternoon!!

In 1984 Neil was awarded the prestigious Willem van Otterloo Memorial Conducting Scholarship, leading to studies in Sydney and London with Myer Fredman and Sir Charles Mackerras. Since then he has appeared as guest conductor with the Sydney, Queensland, Melbourne and Tasmanian Symphony Orchestras, the ABC Sinfonia, the Queensland Philharmonic Orchestra and the Australian Ballet. Neil has conducted thirteen seasons for the Queensland Ballet including the widely acclaimed Australian premiere of Peter Maxwell- Davies; Salome in 1986 and Francois Klaus’s 1998 production of Peer Gynt. In 2010 he was a member of the creative team for the Brisbane performance of Havergal Brian’s “Gothic Symphony”. He is currently Director of Curriculum at West Moreton Anglican College.

Jon Maskell is a graduate of Griffith University Queensland Conservatorium (Graduate Diploma of Music Studies) and the University of Southern Queensland (Bachelor of Music with Honours). While at USQ he was a winner of the Joyce Campbell-Lloyd Overseas Scholarship which funded lessons with Robert Dean of the Guildhall School of Music & Drama in London. 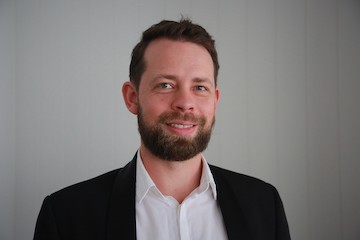 Jon has been a regular performer with Opera Queensland since 2010. Engagements with Opera Q include Maximilian in Candide, Kromov in The Merry Widow, 2nd Fisherman in Peter Grimes, Angelotti (cover) in Tosca, Servant, Marchese (cover) & Il Dottore (cover) in La Traviata, Yamadori (cover) and Commissioner (cover) in Madama Butterfly and 2nd Priest in St Matthew Passion, and Bogdonovitch in their performance of The Merry Widow at Jimbour House.

Liam Docherty and Bruce Campbell from the BBC pipe band will also be playing with us on the 10th of September.

The BBC Pipe Band is a widely recognised performance group with notable achievements on home soil and internationally, including at the Royal Edinburgh Military Tattoo, the World Pipe Band Championships and biennial competition tours to Scotland. 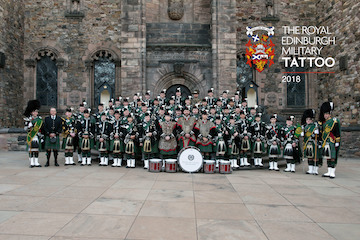 Founded in 1940, the band has a long history of service to the College and the wider community. The College has three pipe bands, plus a learner program, which caters for players from beginner to the accomplished piper or drummer.